BIAFRA NEW ORDER… AWAY WITH THE OLD THIS 2016

BIAFRA NEW ORDER… AWAY WITH THE OLD THIS 2016

Of late, the word Biafra has carried an element of terror for some people in Nigeria, especially those from the north and south western part of the country. Why, I ask?

What is anyone afraid of when Biafra is mentioned?

Is it so difficult for these Nigerians, who stand against the rebirth of the Republic of Biafra, to understand the forever plight and non-equality that Biafrans had suffered giving up their country and re-joining Nigeria since 1970? It’s been 45 years since the Eastern Nigerian, predominantly the Igbo tribes, lost the war to keep their country, Biafra, and today the new generation of Biafrans want their country back. Nothing has changed since re-joining Nigeria, and Biafrans are still worse off now than when they fought for their freedom from Nigeria between 1967-1969. The root causes of the war are still very visible, if not worse, and the Nigerian leaders have shown no concern for the plight of the Biafrans. This attitude from the Nigeria leaders, a nation that the Biafrans were forced into by the British and of which they lost over 3 million of their people trying to wrestle away from her, is what has led to the recent 2015 agitation from the Biafrans to secede from Nigeria. 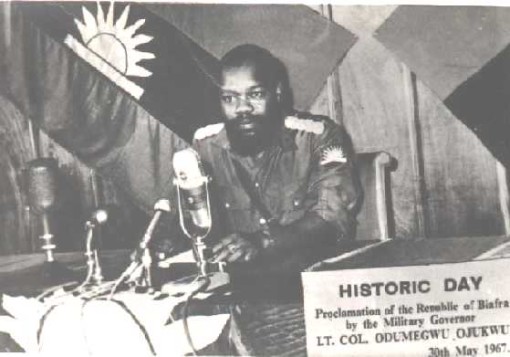