AFTER watching the psychological slasher film Maniac (2012), I could not stop thinking how some of these women would have escaped being slaughtered if they were more vigilant.
Reading psychological books and watching films on this genre could make the difference between life and death.
Here are my reasons:

THE MANIAC (1980):   The Maniac (2012) is the remake of the 1980 version. I will be reviewing the 2012 reincarnation as that is the version I watched. Frank is a schizophrenic serial killer who spends his nights stalking and killing women, scalping them and bringing the scalps and their clothing back home to decorate his steadily growing collection of mannequins. Once a mannequin has been decorated to his satisfaction, Frank sleeps with it for several nights.

I am sure there are very few women stupid enough to invite a man they met online back to their place after their first date. Are they crazy? Offering sex on the table? Even a non-serial killer would be tempted to harm them. It was no surprise Lucie died while giving a blow job. She made herself too easy to be slaughtered.

Being a photographer is a creative, fun career but you should be wary of danger. As a woman, why would you enter an unopened shop just to snap a mannequin? You are invited in by a male owner with lipstick on his cheek. It is just you two alone. I was surprised Frank did not kill Anna at that moment. Maybe he was tired, having had Lucie the previous night. However, she stupidly gave him her number. Why would she do that after suspecting he lived in the shop? How many insane men do you know that live in their shop? This film just goes to prove, we should be vigilant at all times. Some handsome gentlemen are nothing but the devil incarnate. 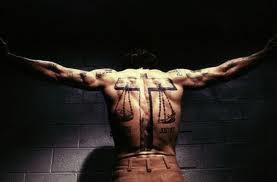 CAPE FEAR (1991) :  Max Cady, is a psychopathic rapist who was sent to jail 14 years earlier for such crimes. He leaves prison carrying a vengeance. Not for his victims or his prosecutor, but his defence councillor. Sam J. Bowden, played by Nick Nolte. It seems Bowden did not defend Cady to the best of his ability. Cady knows this and wants some payback.

The moral to the story appeared similar to the film DRAG ME TO HELL. Selfish gain at the expense of the people who seek your honest service might drag you to hell. Most customers you wrong at work would move on and not seek revenge. However, it still comes up on the news every year when someone is killed because of their dishonesty in the service they are meant to provide. It is really sad when the rapist becomes the nice guy and the lawyer becomes the bad guy in the film. It is normally the other way round. Such is life. 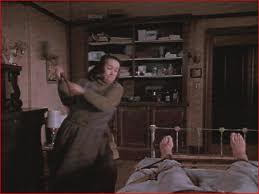 MISERY (1987):   Misery is a psychological thriller by Stephen King. The novel was adapted into a film in 1990. Imagine the worst that can happen when a famous novelist is “rescued” from a car crash by an obsessed female fan.

Annie Wilkes: “Here’s your pills.”
Paul Sheldon: “Annie? Annie, what is it?”
Annie Wilkes: “The rain. Sometimes it gives me the blues. When you first came here, I only loved the writer part of Paul Sheldon. Now I know I love the rest of him too. I know you don’t love me, don’t say you do. You’re beautiful, brilliant, a famous man of the world and I’m… not a movie star type. You’ll never know the fear of losing someone like you if you’re someone like me.”

It’s really hard thinking about the moral of this story if you are not a celebrity. I will just say, if you are a fan, please don’t kidnap your idol. They are not toys to take home with you. If you are famous, be careful not to piss off your fans. Although it will be hard to please your fans, please try. Maybe, hire a bodyguard. I recommend SUPERMAN, the best bodyguard money can buy. 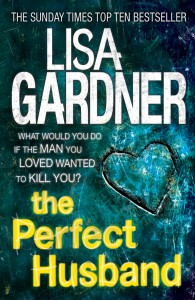 THE PERFECT HUSBAND (1997):  A famous fiction book by crime author Lisa Gardner. Tess thought she had married the perfect husband, Jim Beckett. After bearing their first child, she discovered he was a serial killer. She helps lock him up for the murders of ten women. Then Jim escapes from his maximum security prison and swears he will seek revenge.

After reading this book years ago, my first thought was I will never get married. Imagine bearing a child for a serial killer? There are several daytime crime channels that re-tell similar stories of the perfect husband being nothing but a disguised monster. The main moral from this book is simple there is no such thing as a PERFECT HUSBAND nor a perfect wife (I might be wrong, leave your comment below please). Every man or woman has their own hidden demons. The fear is when these demons escape from being hidden and start tormenting people. 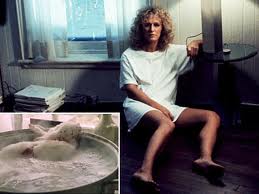 FATAL  ATTRACTION (1987) :Happily married New York lawyer Dan Gallagher has an affair with his colleague Alex, and the two enjoy a love weekend while Dan’s wife and kid are away. But Alex will not let go of him, and she will stop at nothing to have him for herself. Just how far will she go to get what she wants?

“Fatal Attraction” is an example of what could happen to any man or woman who cheats on their spouse. You only have to cheat once to ignite that switch on that psycho lover of yours that will follow you around like a shadow everywhere you go. Even if you travel to Mars. 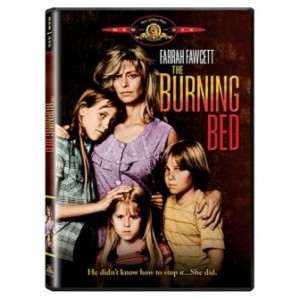 THE BURNING BED (1984):   The Burning Bed is both a non-fiction book by Faith McNulty and a TV-movie adaptation by Rose Leiman Goldemberg. This is a story about a battered woman. After thirteen years of domestic abuse at the hands of her husband, Francine Hughes murdered her husband while he was asleep.

For men (gay or straight), this book is simply telling you to start making arrangements for your funeral as you might be killed soon by that partner that loves you so much, but who you abuse so badly. Do them a favour, LEAVE them if you cannot stop yourself hurting them or they will be forced to stop you instead when you go too far once too often

For the partner, who is being abused, YOU ARE WORTH BEING LOVED.  If you keep being abused the only solution to your problem is to LEAVE the relationship. There are no two-ways about this.

Share Your Opinion. What Can We Learn From Psychological Books And Films?

30 Responses to "WHY YOU SHOULD READ/WATCH PSYCHOLOGICAL GENRE"