We all love a good film, and most of us don’t care if they are produced by someone from an ethnic minority. There are many unseen films scattered around the web that are worthy of being seen, and some deserve awards and the respect of being shown in the cinema for visible publicities. Unsurprisingly, some of these deserted films are predominately produced by people that are under-represented in society. The British Film Institute reported 2012 statistics on the UK film industry which shows that just 5.3% of the film production workforce, 3.4% of the film distribution workforce and 4.5% of the film exhibition workforce were from black, Asian and minority ethnic backgrounds in 2012 (source: http://www.bfi.org.uk/about-bfi/policy-strategy/diversity). 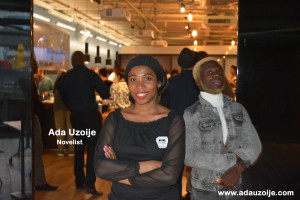 Iyare Igiehon, a black filmmaker, in response to the lack of diversity in the UK media industry workforce founded the Screening Our Unseen Lives (S.O.U.L) in 2013. The S.O.U.L. Celebrate Connect strives as a platform to showcase unseen films produced by ethnic minorities. The S.O.U.L event on the 28th of August 2015 at the British Film Institute (BFI) in Southbank London, showcased several films that were produced by blacks and other ethnic minorities living in the UK. I attended the after-film showcase networking event and spoke to several people about the films they had just watched.